MY RUNNING STORY and HISTORY

It’s been probably 15 years since I remember having told this story to some of my groups of new runners, so I thought I should revisit how I began running.  Some of you may find it surprising if you haven’t heard my “run story” before.

First:  I grew up as a gymnast. I was very strong and fit, but the longest I RAN was down a vault runway!  My longest endurance was an 80-90 second floor routine, which I would be super winded from tumbling and leaping through for 90 seconds.

My first running memory is not a good one, haha!  HIGH SCHOOL GYM CLASS:  running the “mile for time”.  Remember, this is a time in life I DO NOT RUN!  I was in running shape, not fit for a mile, and my sport was not endurance based.  I’ll never forget…. As an already self- conscious high schooler dealing with body image issues, hearing the gym teacher YELLING across the field at the track when I started to walk on lap 3 of the mile, “OH MY GOODNESS, SHARON ANDERSON, THE GYMNAST, CANNOT RUN A MILE!”  (First of all, seriously:  what kind of adult yells this across the field to a kid?  So, while I was ashamed, embarrassed and also mixed with pissed off that she called me out on my walking, I was like what is WRONG with me!)

Freshman year of college—I wasn’t doing gymnastics anymore and was trying to stay fit.  I would go to gyms and use stairmaster and swim and lift and I rollerbladed for fitness.  But, girls in my dorm would go out RUNNING.  And I was like, how are they doing that?  So, I thought I’d try.  I would go out and I LITERALLY REMEMBER:  going for like 7 minutes.  I would have days where I could run for 9 minutes.  I remember these little numbers, but was so irritated that others could go out for a 45 minute run???!!  Why couldn’t I?  So, I kept trying.  But I kept getting frustrated.  I’d try so hard and it would be like 13 minutes.  Finally, I was just tired of trying and frankly pissed off- what WAS WRONG WITH ME.  So, I just was like screw it, I give up.  And what do you know… this was the run that I just kept running.   I couldn’t believe looking at my watch that I had gotten to 25 minutes… and I just kept going and 35 minutes… and when this day happened, I came back at like 44 minutes!! I HAD FINALLY DONE IT!  I had GIVEN UP!   I had given up berating myself mentally, I had given up CLENCHING AND WILLING MYSELF and working in this odd way that was just going AGAINST MYSELF.  I gave up trying so hard and just let myself relax more while I did what I could!  I finally could go out and run for fitness, but, keep in mind, this was after probably 6-7 months of trying over and over, feeling so embarrassed on the sidewalks when I had to stop and walk, etc.

2nd year of college:  I decided to sign up for a 5K.  People didn’t really do 5K’s like they do now.  This was 1994.  I remember seeing the sign and thinking, is this for normal people, or am I going to show up and it’s going to be like the UVA track team there!  I didn’t tell anyone because 1. I didn’t know if I could do it, 2. I was embarrassed slightly to even try.  I remember the Saturday morning of the 5K, I showed up to the basement of the dorm where we were supposed to pick up our numbers- I showed up about 2 hours before the race start! (some of you who know how early I like to arrive at races will not find this surprising).  But this early arrival wasn’t so that I could be there and prepare, it was because I was so nervous.  And, on a Saturday morning at a college, noone was there!  People finally started coming in to get their numbers about 15 minutes before the race started!  The race began and it was terrifying! I remember being so hyper-alert the entire time because I did not want to be the very last person finishing across the line.  (I wasn’t).  I loved that I actually crossed the finish line. I was hooked!

I called home to tell my parents I had done this 5K and that there was a 10 Mile race in the spring that I wanted to see if I could try.  My mom promptly said, “Sharon, you can’t do that- you’re not a runner.”  I promptly got off the phone with a pissed off face and signed up immediately.

This was 1994/95- my first year training for something more long distance.  I love/hated the initial years of running.  It was so hard. I always felt like I was not even sure if I COULD get to the finish.  It was only because of a combination of physically pushing myself and mentally learning to do the gritty work of learning to relax while being uncomfortable and all of the little lessons along the way that I was able to finish this first 10 miler.  I knew then that I wanted someday to do a marathon.

My first marathon was in 1997, Marine Corps Marathon.  That could of course be an entire story unto itself.  In a nutshell, I trained myself, finished, and did many more marathons after that.  I began getting faster and I qualified a few times for Boston Marathon.  It was always the same weekend as Charlottesville Marathon and I never wanted to do Boston because who would want to go to Boston in April if you can go to Charlottesville instead, right?  Some people thought I was crazy for not doing Boston, and so I finally did.  It was an AMAZING experience, really as were all of my marathons.  They are all just stories within themselves- both the training and race day.

Along the way, I’ve learned so many lessons, just as many MENTAL lessons as physical.  Sport is always a reflection of life, and that is one of my favorite things about it.  One of my favorite things I’ve seen in racing is that there are times you think that you cannot go one step further, and if you just keep at it, will yourself through, in 10 minutes, 15 minutes, another entire thing will be bothering you so much that you’ve entirely forgotten about the first thing.  It’s a reminder of the life lesson that some seasons are just down out awful, and that we WILL make it through.

I had maybe 5 years where I got pretty FAST for myself.  Maybe not fast for other people, but fast to hold paces in 10 milers and even marathon distance that I NEVER thought possible for myself.  It was because I trained hard.  I pushed myself, I coached myself, I planned out every week’s training, fitting into a cycle of monthly training, seasonal and yearly training.  It only happened because I was able to be consistent and never gave up on myself. 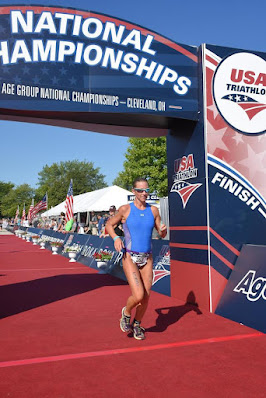 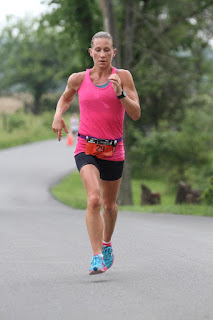 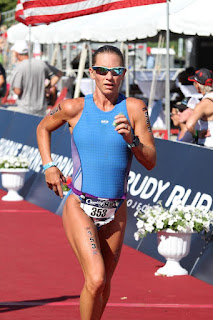 I’ve since had injuries- specifically my hip in the past 3 years that has really put a bit of an obstacle in my way of running.  I am now running for different reasons- no longer really trying to prove anything to myself (or anyone else).  I run now purely because I am so grateful to be ABLE to, at any pace.  I still love when I can push myself if my hip is feeling okay enough.  I love the feeling of just emptying myself with effort, focusing inwards so much to get out of my body as much as is possible on that day.  I sometimes wish I could train more and harder again, but I’m happy right now with my balance of joy and effort.

I’m mostly writing this because some of you see me running often and maybe are thinking of starting to do more.  If you are ever feeling frustrated by beginning, I want you to know I’ve been there.  If you aren’t sure if you even CAN….. I want you to know that I have zero doubts that if you WANT TO enough…. You can.  Not that it will be easy.  But, the things that we are most proud of never were easy things anyway, right?  It will be worth it.

It is always worth putting forth the effort if you have a whisper of a desire, a moment of curiosity of what it would be like to have a running goal that may even seem a bit out of reach.  Our bodies and minds adapt to what we place before them, what a waste to not FIND THIS within ourselves!  DO IT!

Posted by sharon at 4:54 PM No comments: