Swimming is my hard thing... 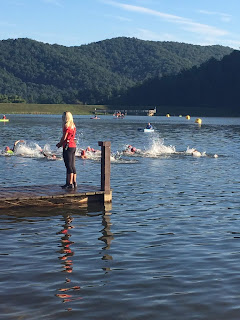 
Today I’m talking about the swim.  Any of you who know me, or specifically my triathlon performances… know that my swim just TAKES ME DOWN!  I’ve now been swimming for 20 years!  20 years, and I think after the first 5 years I haven’t made that many changes in my speed, however, my journey has been changing.


When I initially dreamed of doing my first triathlon, I thought it was possibly something I couldn’t do because of the swim.  I knew it would take a LOT of hard work and I would have to be so vulnerable in attempting something so out of my element.  Being on a college campus made it much easier being that I had access to an AWESOME pool to learn to swim in!  I also had  made some triathlete and swim friends who were older and who were so kind to give me general stroke ideas, workout ideas, etc.  I could not swim down and back without thinking I would die.  I won’t go into it too much here, but it took me forever to swim past 50 meters without stopping at the wall.  Once I learned to relax a little bit and not TRY sO HARD, I could though… (hmmmm a lesson I would and will revisit so so often in my life!)  I spent a huge amount of time on the swim my first few years of triathlon because I simply did not know if I could DO IT.  As in…. I did not know if I would be able to get in a lake and actually finish a swim.  I always worried I would have to find a life boat/kayak guy to rescue me.  This was the hardest I ever worked at swimming.  Mentally, I was open to spending much of my focus on this aspect of triathlon.


A few years in, I realized that I was consistently not dying during the swim portion!  I also realized my times were not improving too much and that overall, it was much easier to gain speed on the bike and or run rather than the swim!  To take 2 minutes off of the swim would require much  more of an investment of training time than taking 2 minutes off of my bike, for example.  So, I kind of took my swim to a maintenance phase.  I also probably began hating it a bit.  It just seemed that without the effort and investment, it annoyed me.  It was just “taking up my training time.”  HA! What a bad attitude! 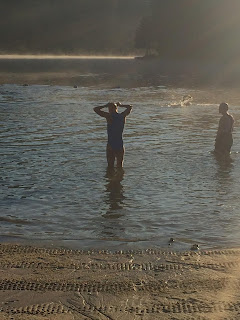 I think it was more once I had kids that I honestly learned to love swimming.  This is SO SAD, but about 10 years ago, it was so nice to be in the water- where NOONE COULD GET ME! No one could tell me they were hungry, I could just be on my own.  And I didn’t really need to do huge intense workouts at this point to keep the speed and efficiency I had gained.  When I was working on my swim at this point, it was 1-2x/week only, but I always had a plan, and definitely if kids were at pool with me (if they were supervised, etc) m y workout would always be something with minimal wall time to make sure I didn’t get distracted/ have to answer any questions, etc.  I started to actually like to swim, and I still feel this way, even though swimming is always my weakness by FAR in races!  I am not the final person out of the water, but I definitely am just m idle of the pack.  Ugh… (I don’t like middle of the pack).  HOWEVER, it still kind of gives me some sort of thrill that I like something that I’m just not that good at!  It  is nice to feel this way about something and be nonjudging of myself to enjoy something that isn’t really a strength.  To just simply enjoy the movement, the 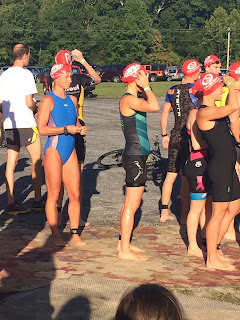 freedom, the alone time, and all that I find in swimming.


I have had a few swim “incidents” over the years where I will never forget. I know it is common to have slight panic or hyperventilating in the swim portion, but it still surprises me that I have them because I don’t normally think I am going to! I’ve had them when I’ve been in races trying hard and pushing myself, and then also in races when I am just out thinking I am moderately going to just get through the swim and then hammer the bike/ run.


What I have learned is that:  they often come on when I find my LEGS feeling weird!  My legs will feel like THEY are working or not getting oxygen or blood flow, and then my brain begins a weird little panic.  I will sometimes have to breast stroke a few strokes… which usually doesn’t help much at all….. so then I just literally tell myself to shut up and calm down and SWIM SLOW.  LIKE RIDICULOUSLY SLOW for a full minute while I do yoga breathing and calming techniques.  And, I get into a nice rhythm and boom… continue my swim.


Some swims surprise  me:  this past year I had a race where I thought throughout the swim, “ohhhh I am so strong, I feel like I am really in a good groove, on top of the water, executing my stroke and being smart with current, drafting when possible, finding good sight lines, etc”…. and then I get out and cannot BELIEVE that I had gone so slow!!  (and sometimes the course is just marked wrong and everyone was slow, so it is hard to tell!).. Either way, it is part of a sport I love so I am committed.


On top of these things, I strongly believe that I RELY even on once/week swimming to prevent injury (well to some extent being that I’ve had way too many injuries lately).  However:  I really feel when my body is in the pool that it helps work some of the kinks out (especially with some of my workouts just focusing on enjoyment/ stroke technique and form instead of tough intervals).  I feel like it allows me to bike and run better because my muscles are smoothed out from the swim, the effects of no impact movement, reduced inflammation due to the water pressure on my muscles and joints. 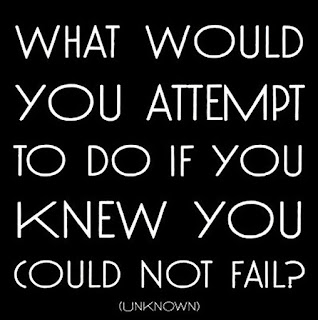 So….. “doing hard things.”  Basically, I am writing this as my commitment of PUTTING IT OUT THERE:  I NEED TO CONTINUE!  The pool where I have swam through the year (except summer outdoor pools) has closed and I am committed to going out of my way to go to a new pool, to keep up this sport that I do enjoy, that I do gain a physical and mental benefit from, I gain the ability to do triathlons which I love!  It is always hard to change out of your routine, to find new locations, to make a new “home” (swim home) for yourself somewhere.  I am committed to doing that- I respect that I ask people to DO HARD THINGS ALL THE TIME!  So, this is MY responsibility to go out of my comfort zone, to make change, to be uncomfortable and be disciplined to make this happen.  I will do this hard thing, and I believe fully that it is in doing these things  that we grow, expand, and that sport becomes life.
Posted by sharon at 9:14 AM